The Remarkable Story: Bitcoin Mining is Advancing the Semiconductor Industry |
Skip to content

Deep learning owes its success to the advent of massively parallel computing enabled by FPGAs (Field Programmable Gate Arrays), GPUs (Graphical Processing Units) and other special processors. However, many other neural network architectures can exploit such massively parallel computing. In this course, I will introduce the basic concepts and architectures of heterogeneous computing using FPGAs and GPUs. There are two basic languages for programming such hardware – OpenCL for FPGAs (from Intel, Xilinx and others) and CUDA for Nvidia GPUs. I will introduce the basic features of these languages and show how to implement parallel computations in these languages.

In the second part of this course, I will show how to implement some basic neural architectures on this kind of hardware. In addition, we can do much more with such hardware including feature selection, hyperparameter tuning and finding a good neural architecture. Finding the best combination of features, the best neural network design and the best hyperparameters is critical to neural networks. With the availability of massive parallelism, it is relatively easy now to explore, in parallel, many different combinations of features, neural network designs and hyperparameters.

In the last part of the course, I will discuss why it is becoming important that machine learning for IoT be at the edge of IoT instead of the cloud and how FPGAs and GPUs can facilitate that. And not just IoT, but in a wide range of application domains, from robotics to remote patient monitoring, localized machine learning from streaming sensor data is becoming increasingly important. GPUs, in particular, are available in a wide range of capabilities and prices and one can use them in many such applications where localized machine learning is desirable.

Asim Roy is a professor of information systems at Arizona State University. He earned his bachelor's degree from Calcutta University, his master's degree from Case Western Reserve University, and his doctorate from the University of Texas at Austin. He has been a visiting scholar at Stanford University and a visiting scientist at the Robotics and Intelligent Systems Group at Oak Ridge National Laboratory, Tennessee. Professor Roy serves on the Governing Board of the International Neural Network Society (INNS) and is currently its VP of Industrial Relations. He is the founder of two INNS Sections, one on Autonomous Machine Learning and the other on Big Data Analytics. He was the Guest Editor-in-Chief of an open access eBook Representation in the Brain of Frontiers in Psychology. He was also the Guest Editor-in-Chief of two special issues of Neural Networks - one on autonomous learning and the other on big data analytics. He is the Senior Editor of Big Data Analytics and serves on the editorial boards of Neural Networks and Cognitive Computation.

He has served on the organizing committees of many scientific conferences. He started the Big Data conference series of INNS and was the General Co-Chair of the first one in San Francisco in 2015. He was the Technical Program Co-Chair of IJCNN 2015 in Ireland and the IJCNN Technical Program Co-Chair for the World Congress on Computational Intelligence 2018 (WCCI 2018) in Rio de Janeiro, Brazil. He is currently the IJCNN General Chair for WCCI 2020 in Glasgow, UK (https://www.wcci2020.org/). He is currently working on hardware-based (GPU, FPGA-based) machine learning for real-time learning from streaming data at the edge of the Internet of Things (IoT). He is also working on Explainable AI. 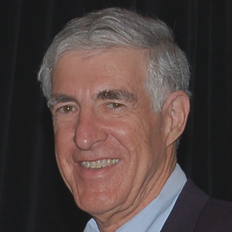 The representation of multidimensional, spatial, and metric data is an important issue in applications of spatial and spatiotextual databases, geographic information systems (GIS), and location-based services. Recently, there has been much interest in hierarchical data structures such as quadtrees, octrees, and pyramids which are based on image hierarchies, as well methods that make use of bounding boxes which are based on object hierarchies. Their key advantage is that they provide a way to index into space. In fact, they are little more than multidimensional sorts. They are compact and depending on the nature of the spatial data they save space as well as time and also facilitate operations such as search.

We describe hierarchical representations of points, lines, collections of small rectangles, regions, surfaces, and volumes. For region data, we point out the dimension-reduction property of the region quadtree and octree. We also demonstrate how to use them for both raster and vector data. For metric data that does not lie in a vector space so that indexing is based simply on the distance between objects, we review various representations such as the vp-tree, gh-tree, and mb-tree. In particular, we demonstrate the close relationship between these representations and those designed for a vector space.
For all of the representations, we show how they can be used to compute nearest objects in an incremental fashion so that the number of objects need not be known in advance. The VASCO JAVA applet is presented that illustrates these methods (found at http://www.cs.umd.edu/~hjs/quadtree/index.html). They are also used in applications such as the SAND Internet Browser (found at http://www.cs.umd.edu/~brabec/sandjava).

The above has been in the context of the traditional geometric representation of spatial data, while in the final part we review the more recent textual representation which is used in location-based services where the key issue is that of resolving ambiguities. For example, does London'' is it. The NewsStand system at newsstand.umiacs.umd.edu and the TwitterStand system at TwitterStand.umiacs.umd.edu system are examples. See also the cover article of the October 2014 issue of Communications of the ACM at http://tinyurl.com/newsstand-cacm or a cached version at http://www.cs.umd.edu/~hjs/pubs/cacm-newsstand.pdf and the accompanying video at https://vimeo.com/106352925

Practitioners working in the areas of big spatial data and spatial data science that involve spatial databases, geographic information systems, and location-based services will be given a different perspective on data structures found to be useful in most applications. Familiarity with computer terminology and some programming experience is needed to follow this course.

Hanan Samet (http://www.cs.umd.edu/~hjs/) is a Distinguished University Professor of Computer Science at the University of Maryland, College Park and is a member of the Institute for Computer Studies. He is also a member of the Computer Vision Laboratory at the Center for Automation Research where he leads a number of research projects on the use of hierarchical data structures for database applications, geographic information systems, computer graphics, computer vision, image processing, games, robotics, and search. He received the B.S. degree in engineering from UCLA, and the M.S. Degree in operations research and the M.S. and Ph.D. degrees in computer science from Stanford University. His doctoral dissertation dealt with proving the correctness of translations of LISP programs which was the first work in translation validation and the related concept of proof-carrying code.
He is the author of the recent book